ExpressVPN rolls out a new website and new features

British Virgin Islands-based provider ExpressVPN has announced a facelift for its VPN service. Not only does the provider’s website pack a fresh new look now, but the application is packed with new, unique, and exciting features.

Check out the new ExpressVPN features!

The core of the relaunch

While the update’s nub is speed and performance, the VPN provider also saw it fit to serve a new experience in terms of look and feel. ExpressVPN detailed the significant changes in a recent blog post. According to the company, the changes were inspired by the desire to match its industry-leading technology.

Here’s what the new and improved ExpressVPN has to offer: 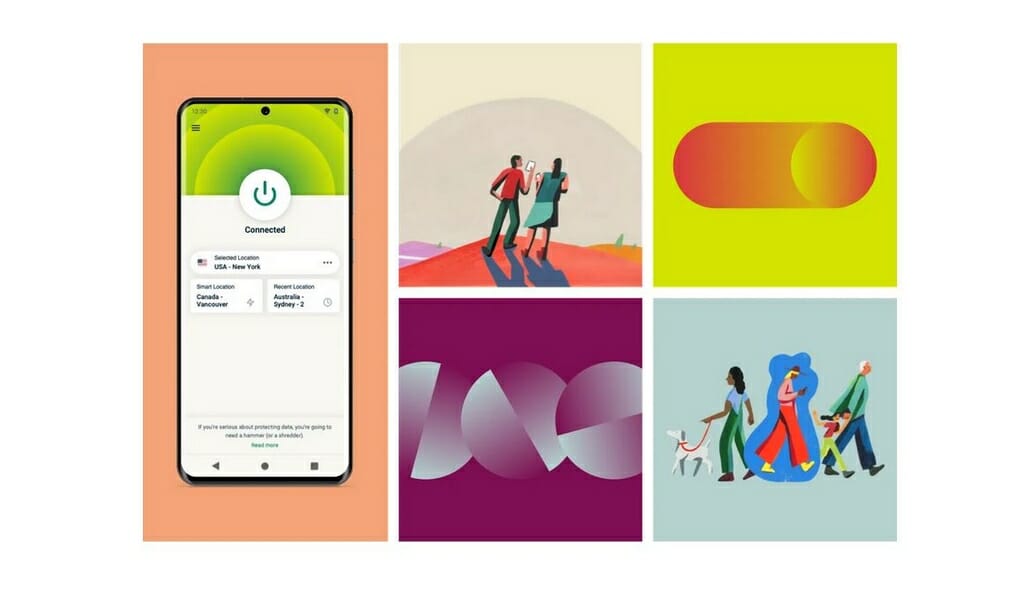 It is hard to miss the changes made to the website’s look. For once, the VPN provider focused on improving the website’s front- not that we had a problem with the previous one. The VPN now sports a slick new logo that epitomizes ‘forward movement and energy‘ in the words of the provider.

In addition, the website parades a refreshed color palette as well as a charged illustration style to depict a richer experience. The buttons have been set to a bold-colored style. The top of the home page has also been accentuated with peach and purple tinge. You’ll also notice the new graphic imagery featured on the site.

The most important part of ExpressVPN’s update is, without a doubt, the launch of a completely new connection protocol called Lightway.

This unique (as the provider says) Internet connection protocol has been built from scratch. ExpressVPN averred that the technology wasn’t a rehash of any legacy protocol. The provider additionally claims it is designed for motion changes as well as smooth handling network drops seamlessly, without sacrificing security.

The technology has all the upsides of the WireGuard protocol and none of its drawbacks. It has a minimalist lightweight codebase, which drastically improves speed and overall VPN performance. Thanks to the thoroughly tried and proven wolfSSL, the protocol also guarantees you top-notch security.

In response to the findings of a recent survey, ExpressVPN has introduced a new set of user-friendly features to help users control their security.

The new revamped protection features are still early in the trial. Only select Android users will be able to experience the suite at the moment.

Protection Summary is going to have a wider release later this year. ExpressVPN stated that the features would be part of the regular subscription. The company explained that it took the trial approach due to the controversy around online privacy.

The Security Assistant is an app feature set to improve your device’s security and connection.

This collection of features and options, still in its nascent stage, delivers useful insights that will help you take full control of your online privacy. This new addition is currently in the beta testing phase.

This one-of-a-kind VPN initiative looks to build a safer, more secure, and open Internet. The company hopes to address the vulnerability users experience when it comes to protecting themselves online.

The initiative helps users become aware of the online threats & privacy concerns around them. Further, by combining in-depth research and efficient tools, Digital Security Lab will empower users by conducting outreach on how to combat cybersecurity threats.

ExpressVPN has seemingly been trailing other VPN providers in the recent past, but now we know the provider was cooking up something big.

The VPN service now packs completely new and exciting features. The provider also pledged to roll out more features that will improve the user experience.

Most of the new tech is in beta now, but on the bright side, there’s plenty of room for improvement until the global release. That said, there is hardly a better time to get on board with ExpressVPN and help build a better, safer internet.

Excited about the new features? Enjoy the available one by updating your VPN app or downloading [if you don’t use the VPN already] the latest app version for your device.