Amidst an actual war raging on Europe’s doorstep, misinformation has become as much of a weapon as missiles. This is why one of the world’s leading VPN providers Surfshark released a free ‘Fake News Warning‘ feature on its browser extensions.

During a war, up-to-date and true information is key to forming an adequate opinion on current events. However, certain media outlets prefer to follow their own political agenda rather than provide the public with real news. So Surfshark – one of the world’s leading VPN providers owned by Nord Security – decided to steer public opinion away from the news sources that are known to be misleading by launching its brand new ‘Fake News Warning‘ feature.

The feature scans, detects, and highlights links to news sources that are known to be misleading and spread misinformation. The list of untrustworthy links is taken from the propornot.com (Is it Propaganda or Not?) website, and carefully studied by Surfshark’s security team. The suspicious links are then highlighted with the ‘YYY‘ symbol, making fake news easy to spot. 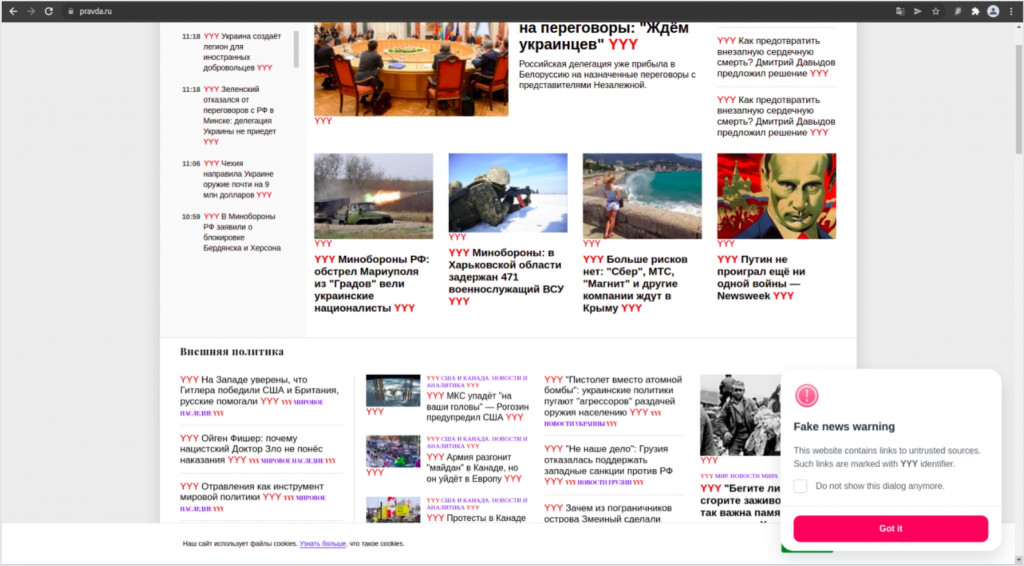 Note that the feature does not ban you from visiting the marked websites.

The Fake News Warning feature is available with Surfshark’s Chrome and Firefox extensions. And you don’t need to have an active Surfshark account for the feature to start working – it’s readily available for free.