Do you need a VPN for Usenet, and which one is the best?

Ask any ten random Gen Z’s what Usenet is, and you’ll get blank stares from at least half of them.

No, that was not a subtle way to send you into a deep spiral about how old you are. Far from that, it is a reminder that Usenet is still around, still kicking, and feels better than ever!  And boy howdy! While some of the other means of getting content from the web are becoming increasingly dangerous to use, and streaming platforms are having a field day with jacked-up prices, Usenet might very well be here to save the day.

Still though, even with a system that’s as tried and true as Usenet, a little extra protection goes a long way. And even those of us religiously devoted to Usenet are looking for a VPN to come with it. Even if it’s ‘just in case‘.

Well, we’re here to talk about everything Usenet is and isn’t, whether a VPN is mandatory to use with it, and which ones are actually optimized for a service as out there as Newsgroups.

And for those still not in the know about the awesomeness which is Usenet, don’t worry. We’ll take it slow.

Want a VPN that plays nicely with Usenet? You can’t go wrong with 5 Euro VPN!

Usenet is a bit of a dark horse in the online world. The whole thing is like a cousin of the internet that was always misunderstood and never really got to enjoy the same respect. So he had to grow out his hair, and be all edgy and mysterious. And years after, looks who’s calling the shots!

Usenet is one of the most preferred alternatives for exchanging ideas, file-sharing, and accessing unrestricted downloads. It’s actually been around longer than BitTorrent or any of that good stuff you have stumbled upon, and it’s here to outlive all of them!

Did you know the benefits of VPNs for torrenting?
Find them out

To some, it is a blend of the positive elements of BitTorrent, Reddit, and the dark web, while to others, it is a collection of distributed discussion groups. It really doesn’t matter how you choose to define it because when the chips are down, all that matters is if you can access it safely.

The platform wasn’t as popular as some of the other downloading means back in the day, and this was its biggest trump card. Its kind of ‘obscure‘ nature helped it elude restriction efforts enforced by regulatory entities. And now that Torrent platforms are on the way out, their websites being banned, and torrent-enthusiasts facing massive fines, Usenet is making a bit of a comeback. And ‘bit’ doesn’t really do it justice.

Many loyal followers now see this time as a rebirth of Usenet, where you can actually get your hands on some content. And even though you have to do it for a fee, it’s still not taking out hundreds of streaming service subscriptions, or being paranoid that you are going to get caught for doing something in the grey-ish area of copyrights.

Anyway, Usenet is far from gone. On the contrary, if anything, it’s back. And if you haven’t already, you should definitely get your hands on it while you still can.

This is the question more and more Usenet users find asking themselves as of late. With the authorities and rights holders cracking down on all the other filesharing platforms, and even VPN providers, this is a fair point to ask. And we’re here to clear the air and give you definitive answers to everything that’s keeping you awake at night.

So, for the most part –  yeah, Usenet is pretty much the safest downloading and filesharing platform around.

And we’re not just saying that either. We have points to make, and you know we’ll make them:

Overall, it is a definite upgrade to Torrents (or any other means of downloading). It gives you both the anonymity and security you need to feel absolutely safe online.

So we’re good to go then?

Rightsholders, authorities, and, of course, your dear old grandma are privy to Usenet being a thing. And while Usenet may be a truly superior downloading platform, it still isn’t able to give you the means to stay completely invisible online.

So, there are still a few dangers associated with using the platform. And here are some of the things you should keep in mind if you want to fortify your Usenet experience.

Superior Usenet providers – such as SnelNL and 5 Euro Usenet – are known for not keeping any logs of their users and not handing them out left and right.

This doesn’t cut across, though, and others might not extend the same to you.

Though they will not run to the authorities to tell them you’ve pirated the latest episode of Dan Brown’s The Lost Symbol [however fun that conversation would have been], it’s still not a pretty picture getting stuck with a shady provider that holds your information hostage.

There’s no such thing as ‘too much encryption’

While SSL encryption is an awesome feature that comes with most top-tier Usenet providers, it may not be enough to fully secure your downloading habits.

The searches for NZB files aren’t usually hidden, which means prying eyes might get a sniff of what you are after unless you have taken an extra measure to shut them out.

ISPs are watching you

ISPs also know about Usenet just as well as we do.

While they can’t see exactly what you’re doing, they can see where you’re going online as well as that you are using unusually large amounts of bandwidth. And it doesn’t take them long to figure out you’re downloading all of the Golden Girls seasons instead of doing your taxes.

Malware is out to get you

Not to forget, Usenet has the same issues as most other downloading venues – malware–ridden files and legal trouble.

The latter might not get you a fine, but it might get you stuck with a subscription to a taken-down Newsgroup. The former, however, is likely to affect your system directly. Trust us on this; the last thing you want is dealing with the nightmare that is malware.

So unless you are getting your NZB files for a very trusted community, or are subscribed to a Usenet that has its own NZB search built-in (and we know but one provider that bedazzled – SnelNL), you always gambling with your safety. 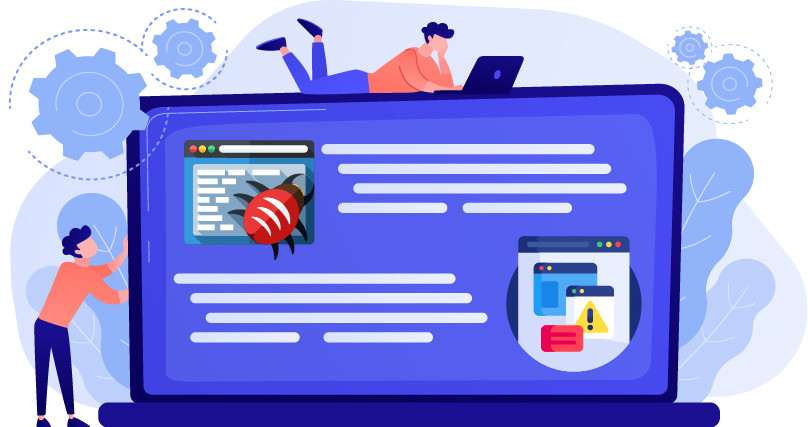 So we have lined up pretty much every flaw that comes with a Usenet subscription. And while we still maintain that it’s not as awful, as, say, torrenting, Putlocker websites, or download websites, that leave your IP, location, PIN, and your mother’s maiden name exposed, it’s still nothing to take lightly.

And this is why more and more users are looking into getting a VPN subscription along with their Usenet.

Using these cyber security tools is so crucial that Usenet providers advise users to do so. Some have even taken things a notch higher by including VPNs as part of their offering. And there’s nothing better than a bundle deal.

Is a VPN really all that important?
You'd be surprised!
Check out more reasons

What makes a good VPN for Usenet?

Just about any VPN can help you add a layer of encryption that will keep you extra safe and hide your activity from your ISP. However, just like Usenet, not all VPNs are created equal, and Usenet requires specifically optimized VPN services. And that’s something that often goes unnoticed when looking for a proper Usenet VPN.

The right VPN to add to your awesome Usenet subscription should come with AT LEAST the following features:

What are the best VPNs for Usenet?

When it comes to VPN testing, we know we do our job well.

We’ve looked into every VPN provider, and after a lot of testing, found but two that are specifically made for Usenet.

You’re probably thinking that 5 Euro VPN has something to do with the legendary 5 Euro Usenet. We do too, and while we cannot confirm nor deny that, it’s just not likely to get a name like ‘5 Euro X‘ without being somehow related.

5 Euro VPN is just as good as 5 Euro Usenet has been for years. And we think that a massive, solid and tested server setup had something to do with it. So right out of the gate, you know you are in good hands, and you know that this VPN gets Usenet.

Not sold yet? Well, here are but some of the things that 5 Euro VPN has going for it:

Not sure? Well, 5 Euro VPN also comes with a money-back guarantee for some risk testing. Awesome, right?

Need even more convincing?
Tough crowd. But we're sure we can manage
Check out our review

VyprVPN doesn’t hide the fact that it belongs to the good people behind Giganews. In fact, it owns it, and for good reason!

If you have a Giganews account, you probably already know that, since VyprVPN comes as a package deal with the Usenet subscription. We share the reservations that it might not be the best Usenet provider, but hey, a package deal is a package deal.

On its part, VyprVPN holds its ends and is airtight when it comes to security:

Hearing about Vypr for the first time?
Let us catch you up!
Read all there is to know

Time to jump onto the Usenet train (just don’t forget to bring your VPN with you!)

Most, if not all, platforms on the internet have privacy and safety concerns, and Usenet is no exception.

Sure, if compared to the many other means of downloading and streaming, Usenet comes out on top. SSL encryption, subscription-based protected services, unreadable NZB files from the dawn of the Internet – all of this is there to protect your online privacy. And yet, in this day and age, even that is not enough. 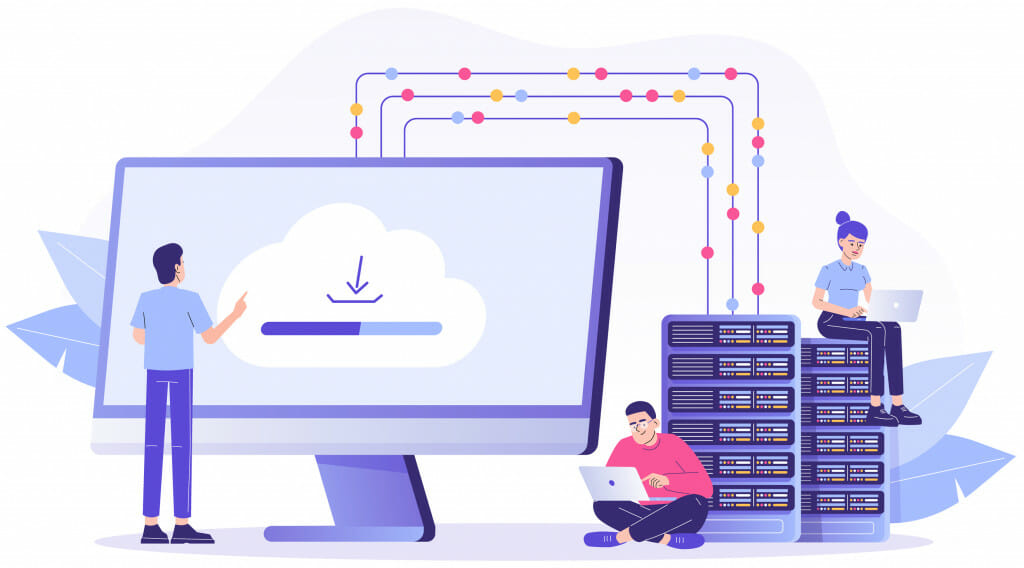