CyberGhost will increase prices on their VPN service and add-ons starting February 22.

An insider source at CyberGhost – one of the world’s leading VPN providers owned by Kape Technologies – told us that the VPN service will be ramping up its prices starting February 22nd.

CyberGhost
Check out everything you need to know about the provider!
CyberGhost review

Despite the price increase, the discount on the 3-year CyberGhost subscription will stay the same (82-83% depending on region). 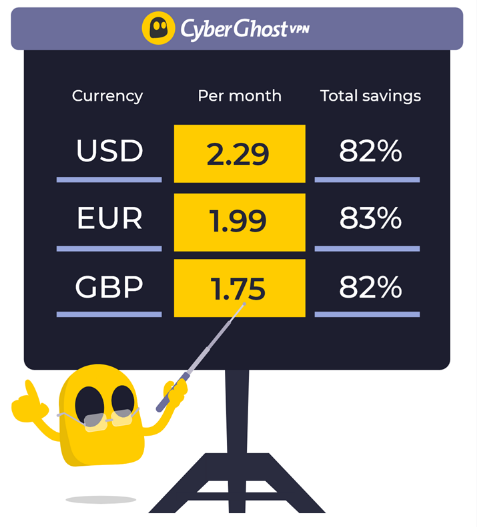 CyberGhost increasing its prices is not uncommon in the industry.

Charges on VPN services started rising throughout 2021, hitting the more restrictive regions in the world first because of the growing hardware, infrastructure, and legal costs (the biggest example was Russia with an overall VPN price increase of 15%). But even though the bigger VPN providers were trying to hold the price markup back (or simply not willing to share their plans on it), the Black Friday/Cyber Monday sale of 2021 made it clear that this is inevitable.

While the price increase isn’t that prevalent or massive yet, if you’ve been putting off getting a VPN of your own, now is the time!

Get CyberGhost while the price is right![/btn]