Every Race of the 2022 MotoGP World Championship Live and Free

The opening round of 2022’s MotoGP World Championship at the Losail International Circuit was a dramatic yet emotional affair.

A late charge from KTM’s Brad Binder saw the South African racer close the gap between him and Enea Bastianini to a six-tenths of a second ahead of the last corner. La Bestia, however, held onto the lead in what was an excellent season opener.

The young Italian racer got the much-needed victory for the Gresini squad that lost its owner last February. Honda’s Pol Espargaró grabbed the final spot on the podium ahead of his brother Aleix on the Aprilia team.

Exciting start, to say the least! Really makes you hyped for the rest of the season. And luckily, we know all about it.

Grab ExpressVPN and enjoy every race for free!

The first is Indonesia’s Mandalika International Street Circuit, where Round 2 will take place over the weekend. What’s also worth noting, this is going to be the country’s first MotoGP Grand Prix since 1998. 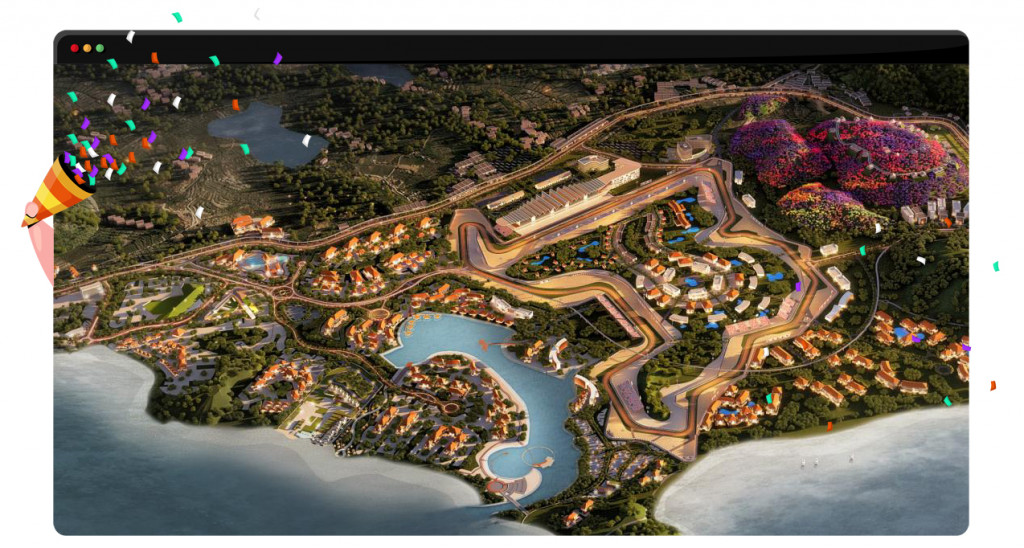 The other is the KymiRing Circuit, which was actually expected to feature in the previous two MotoGP seasons. It will host the Finnish GP that’s returning after an absence of nearly four decades.

The Brazilian Grand Prix, whose return to the calendar was anticipated this season, didn’t make the list.

Nonetheless, the new season has already shown – in the Middle East – signs of being a closely battled one. Despite the loss of veteran racer Valentino Rossi who retired last November, names like Fabio Quartararo, Francesco Bagnaia, and the-now-fit-again Marc Marquez are expected to put on a show.

So this might very well be the most exciting MotoGP season yet!

Who knows, maybe The Doctor can even pull a Tom Brady and return to the tracks. Till then, though, all eyes remain focused on the ongoing season, starting with the next race in the ‘strange, characterful‘ Mandalika circuit.

The most important races of the 2022 MotoGP World Championship

Just to make sure that you don’t miss the excitement that the 2022 MotoGP season is expected to bring, we’ve put together a list of the most important races this season.

So if you can’t make the entire season, be sure to not miss out on these races this season:

MotoGP fans in the US can catch all races of the season live on CNBC or NBC Sports via the website or app.

Canadian fans can watch all the races on REV TV, which holds exclusive rights to the MotoGP season in the country.

The latter lacks the website option but has ensured its channel is available to more than 30 different cable TV providers through which you can watch the races. 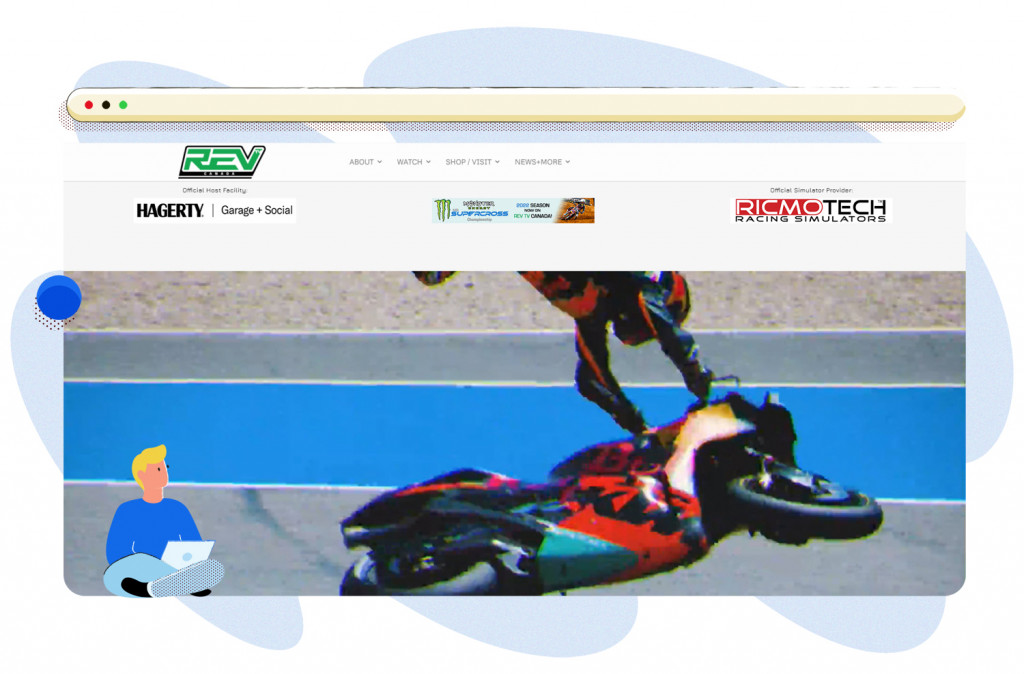 BT Sport, which holds exclusive broadcasting rights in the UK, will do it for fans in the region.

Though there are more online broadcasts of the MotoGP races, most – including those above – are only available on paid streaming services or cable channels. This means they are not just expensive, they are also geo-restricted.

Don't know what geoblocks are?
You may very well be dealing with them every day!
What is geoblocking?

This time though, you don’t have to worry about that as we have prepared everything for you, including a list of reliable options that will allow you to watch the races live for free.

How can you stream MotoGP live and free in 2022?

Most countries typically broadcast the MotoGP races on one or two available paid platforms – in some cases, as many as four.

Now, not many people know it, but in some countries, some of these broadcasters stream the races for absolutely free. But of course, it’s not as simple as googling the solution and joyfully heading over to some Austrian stream to enjoy all of the races and understand none of the language.

All, of them, are geo-blocked, so you can’t watch them from locations outside where they operate. 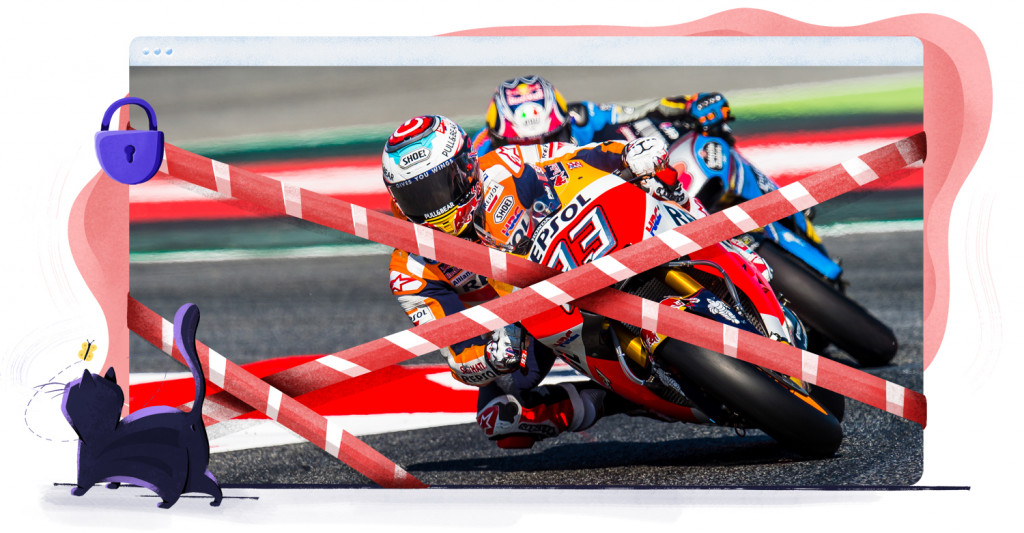 That said, there is a way to watch anything and everything you want on the web so long as you have the right resources – in this case, a VPN.

Check out everything you need to know about VPNs
What they are, how they work, what they can do
What is a VPN?

The only VPN that can clutch win the streaming game

Let’s make one thing clear: Illegal sports streams are a thing of the past.

These days, sports streams are so expensive and so well protected, there’s just no getting around the restriction. And, frankly, who even needs weird Reddit streams in 144p that get taken down every other second when there’s a perfectly legal and magnificently HD alternative?!

You can tune in and watch any and all of the 2022 MotoGP Championship races as long as you have the right VPN, and know where to look. And we’ve got both for you!

At present, the only VPN that has a proven track record of unblocking streams of any sport out there is ExpressVPN.

Why ExpressVPN? Well, its awesomeness speaks for itself:

Not enough reasons to get ExpressVPN?
We've got more of them in our full review!
ExpressVPN Review

Who is broadcasting MotoGP free in 2022?

Once you have a VPN, all that’s left is finding the channels where you can watch the races. Lucky for you, we have done all of this work for you!

Here’s a roundup of the broadcasting parties this year and races they will show on their platforms:

Salzburg-based Servus TV, whose MotoGP’s broadcasting rights, unfortunately, expire in 2023, will show all races (and the qualifying events) live for fans in Germany and Austria. 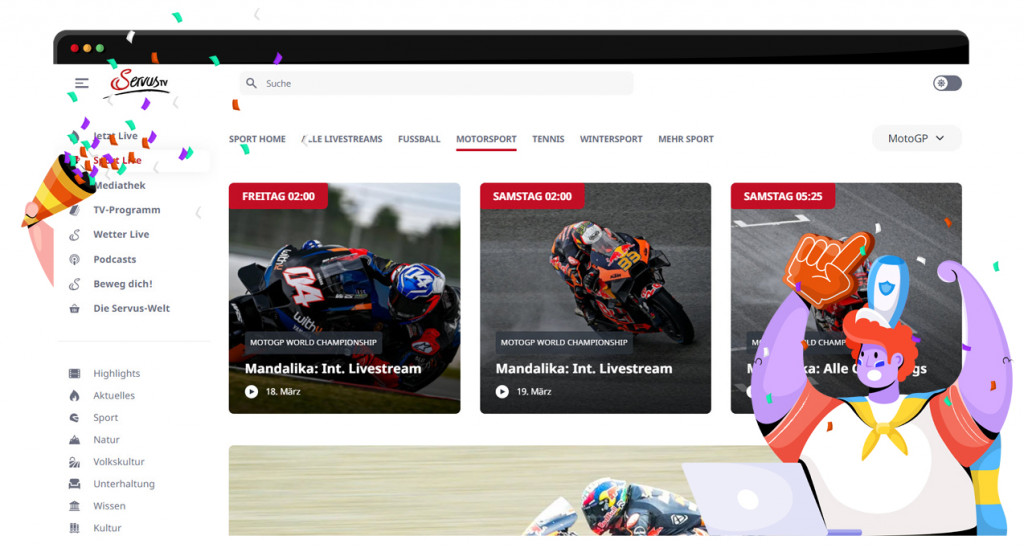 The TV station is the only one that offers the stream for free in the region, with fellow right holders DAZN charging for the same.

All you have to do to enjoy the races on Servus TV is:

All of the qualifiers and all of the races of the current MotoGP season will be shown live on RTBF – a channel exclusively available in Belgium that seems to be going for all of the racing sports this year. And it’s free! 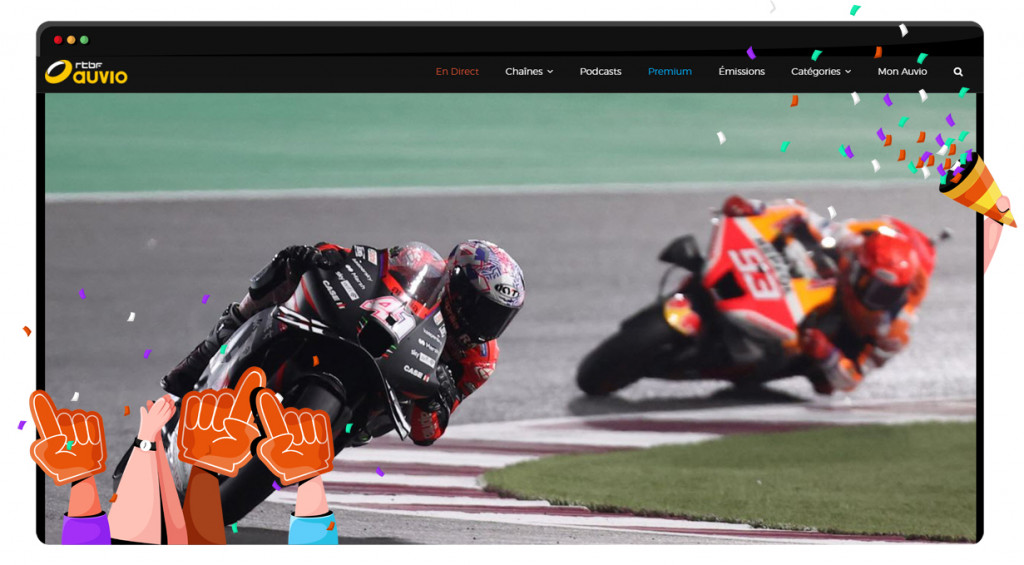 If you’re looking for a free option and don’t mind a French commentary, this is your best bet. All you have to do to enjoy the races is:

Get ExpressVPN and unblock RTBF

Sky Italia’s digital-terrestrial free-to-air channel TV8 will show six of the races. These are those in Argentina, Catalonia, Valencia, Italy, San Marino, and the Netherlands. The rest, whose broadcasting rights are held by Sky Sports, will be available on TV8, albeit delayed. 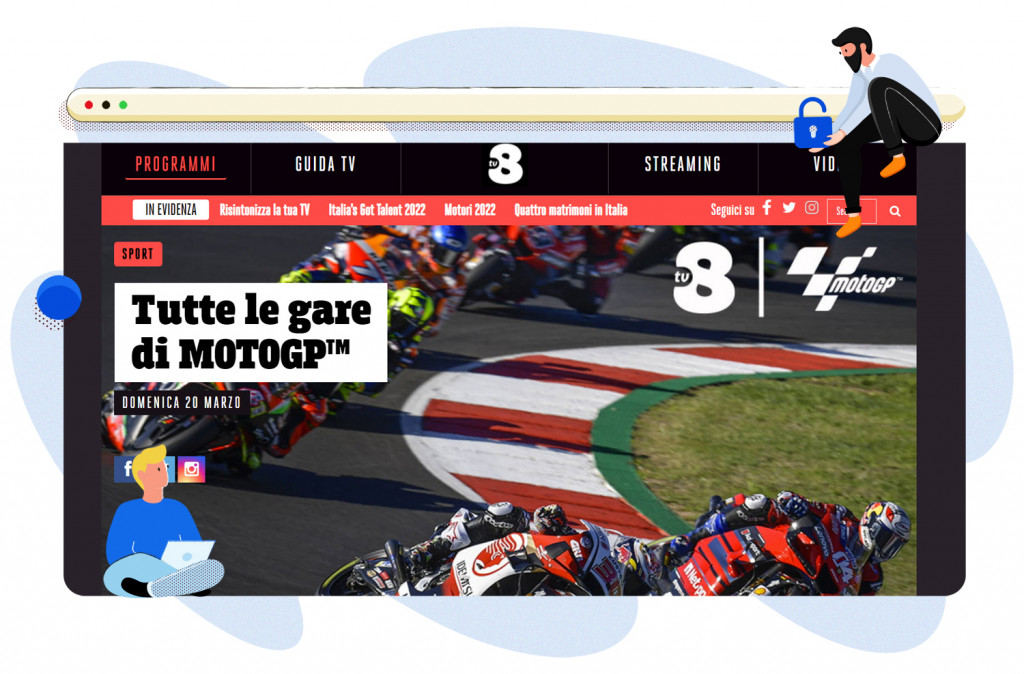 And here’s how you’d go about this:

The Swiss Broadcasting Corporation (SRG SSR), through four of its channels (one for each of the official languages in the country), will also broadcast all races live and free. 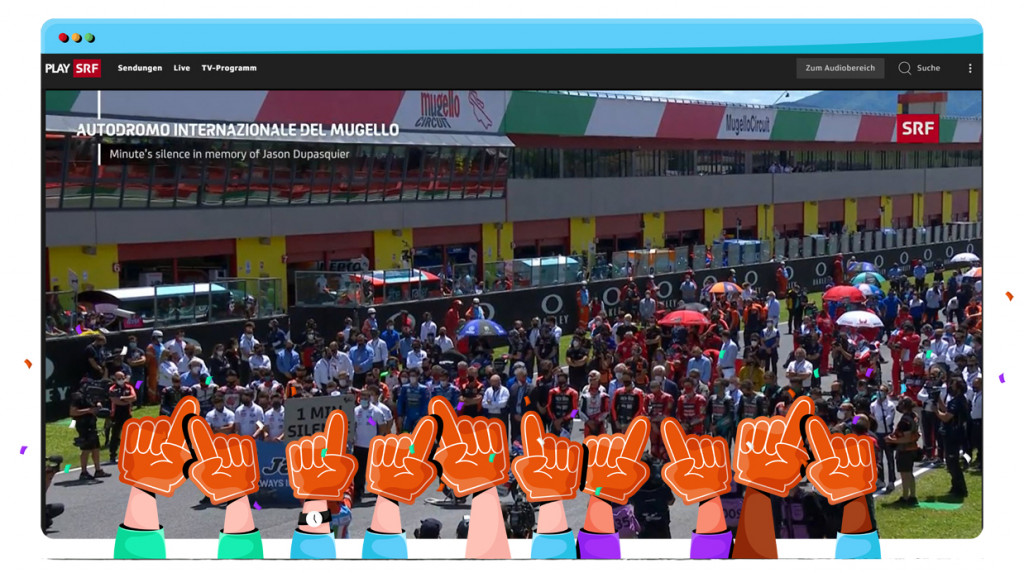 You have options between RSI (Italian), RTR (Romansh), RTS (French), and SRF (German). All you have to do is:

Missed all of it? You can watch the highlights of the MotoGP races on ITV HUB for absolutely free.

Here’s what you can do to tune in:

This is your chance to get ready for the next race

Revv up your engines because the new season of the premier class of motorcycle racing is here.

Choose from any of the options we have listed above and enjoy the next round of the 2022 MotoGP World Championship. If you missed the previous race(s), you can get yourself up to speed here or on the  MotoGP YouTube channel.