How to watch Love Island UK season 9 for free anywhere?

It’s back, it’s actually back! After 3 years of longing during cold, pandemic-ravaged, and utterly unsexy winter nights, the Winter Edition of the hit reality TV show Love Island UK will grace our gloomy evenings once more. So get ready for ripped triceps, skimpy bathing suits, hot young bodies, sexual tensions you can cut with a knife, and posh accents saying nonsense things we have been missing ever since the 2022 summer edition ended. The new season (season 9) will start airing on the 16th of January, just when we need the sun and aggressively sexy bodies the most. And we’re all suntan-lotioned up and ready to go!

Before you watch: Everything you need to know about the Love Island UK season 9

The creators of the bombshell (in more ways than one) reality TV show figured one fix of tanned drama in a paradise location just wasn’t enough. So they made the genius decision to have another one during the gloomiest time of the year. Bloody brilliant! The Winter Edition of Love Island UK only aired one time in 2020, before being put on pause by the COVID-19 pandemic. But now it’s finally back. And it has a lot of hype to live up to.

Where will it take place and who will be hosting?

This time everything is brand new. The islanders we’ll be heading to a brand new location in South Africa, where the weather will make sure we get our bathing suit fix in the middle of winter. They also get a brand-new villa. And even the host is brand new! This time, Maya Jama will be making her debut as the iconic Love Island hostess. The trailer just landed, check it out:

Where can you watch it?

Sadly, despite the show having a massive fanbase worldwide, the new season won’t be available anywhere else making the UK the only place where you can watch the show as it airs.

Want to know what else is available on ITVX?
Check out our complete guide!
ITV HUB outside the UK

So how can you watch Love Island season 9 outside of the UK?

Love Island UK probably has more fans around the world than the population of the United Kingdom. So when the news hit we’re going to get two Love Islands in 2023, you could hear a collective ‘Yay‘ circle the world three times.

However, things might not be equally fabulous for everyone. The show will be aired exclusively on ITV2 and ITVX, which means lots of fans won’t be able to experience the season as it airs. And by the time the show reaches other countries, the winners will have already spent all of their money and gotten themselves into a career-crippling scandal. Waiting is not an option.

But why wait if you can follow all of the sexy-sexy action as it airs along with all of the fans in the UK on ITVX?

But how?! Didn’t ITVX ramp up its geoblocking since its rebrand? That might be the case, however, all you need to break through ITVX’s regional restrictions is ExpressVPN. With it, you can virtually change your location and get your hands on as much Love Island as you want.

But why ExpressVPN? Doesn’t every VPN do the exact same thing? Well:

Getting ITVX outside of the UK

Once you are equipped with the right tools, getting your hands on ITVX, Winter Love Island, and everything else the service has to offer is a walk through a beautiful park on a tropical island.

And here’s how you do it:

1. Start by getting an ExpressVPN subscription. No other VPN will allow you to unlock ITVX as seamlessly.

2. Next, download and install the app on your preferred device. Lucky for you, ExpressVPN has dedicated apps for pretty much every device, so you can choose whatever you like.

3. Now, launch the app and connect to one of the provider’s many server locations in the United Kingdom.

4. Head over to the ITVX online streaming platform and apply for a free account, if you don’t already have one. 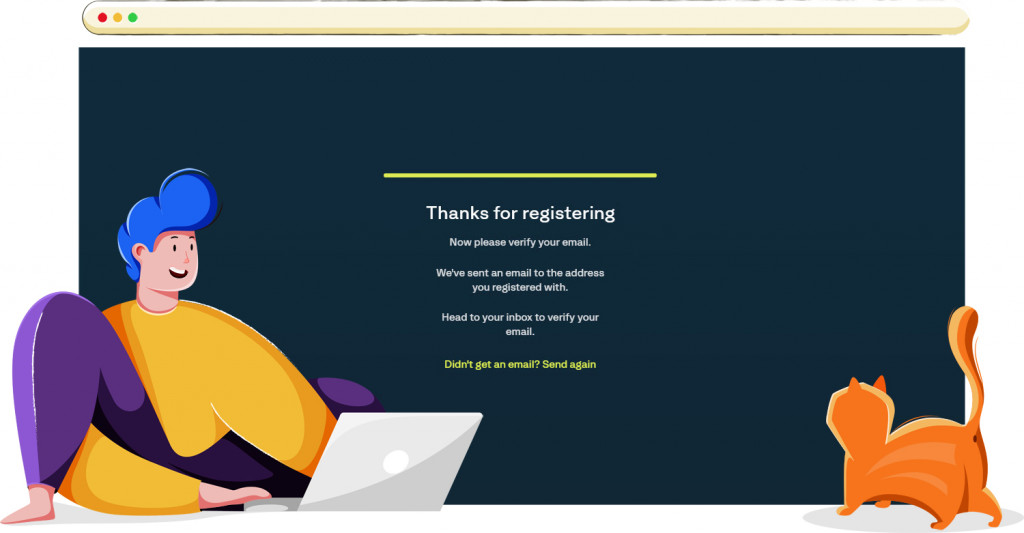 That’s it! You are done and can now watch the winter edition of Love Island in all of its glory as soon as the new episodes air. All of this – completely free!

And this is literally it! No complicated setups, no illegal downloads, but most importantly – no waiting to watch the latest installment of the world’s biggest reality TV show six months after it ended.

Winter Love Island is coming at you full speed, and you know you can’t miss a thing! And thanks to the virtual power that is ExpressVPN, you won’t have to. So get it now, and just remember it’s cold outside, so probably don’t wear a swimsuit to work!