Tis’ the season! While we’re not completely certain what’s your particular brand of season, one thing is for certain: whether it’s Christmas, New Year, Hanukkah, Kwanzaa, Omisoka, or Saturnalia – it’s the holiday season! And that means presents!

Now gifts are awesome and all, but these days they are kind of a toss-up, right? And just your luck, you got Bob as your Secret Santa. Bob gets everyone whiskey stones every year. Whiskey stones have never been cool, Bob! And they are way under budget, Bob.

So there you are. Whiskey stones in hand, holding back grown-up tears. This is looking to be a pretty disappointing holiday season.

But wait. What’s that on the horizon?! It’s TechTypical coming at you to save the day with the best end-of-year VPN deals!

Oh wait, we may have made things worse! How would a VPN be better than whiskey rocks?

Well, if we’re gonna list all the reasons why a VPN is pretty much the best gift you can get yourself, we’re going to be here all day. In fact. We have already gone through the trouble so many, many, many times.

Want to know everything a VPN can do?
Lucky you! We found every single use of it!
What can a VPN do?

And now that you’re all nice and caught up, it’s time to get into it! 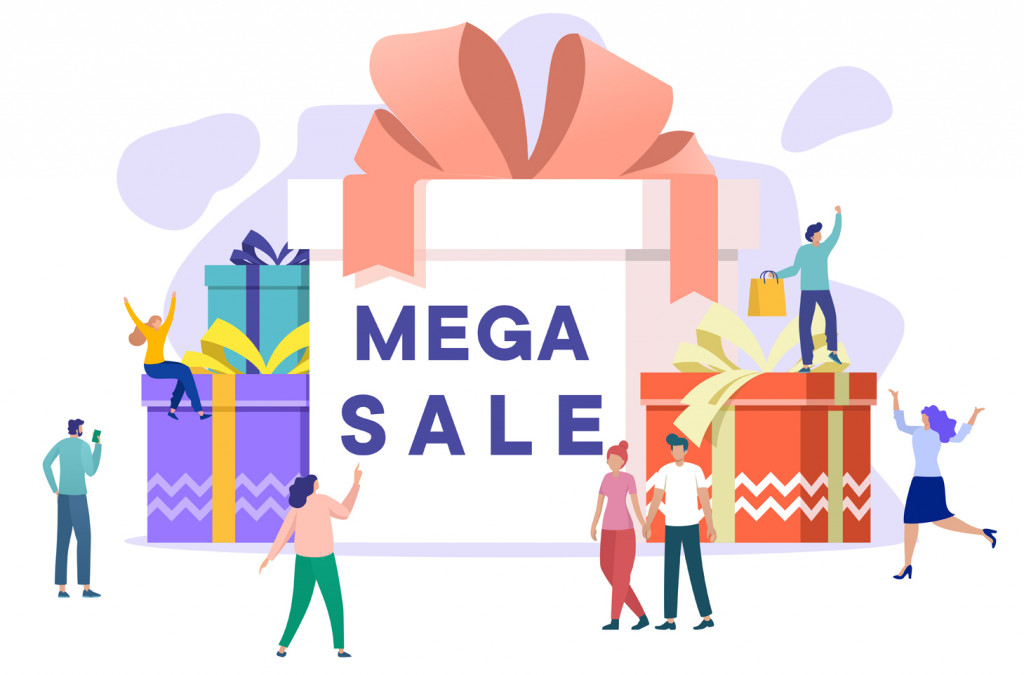 With our Black Friday and Cyber Monday VPN deals we’ve listed only those sales that we found particularly trustworthy and interesting. End-of-year sales, however, are in a league of their own. And everyone seems to have one going this time around, so it’s hard to play favorites.

So we’ve decided to simply give you every single end-of-year VPN deal going this time around. All of them awesome, all of them exclusive with us, all of them completely up to you, and none of them as lame as whiskey stones.

And if that’s not a pitch, we don’t know what is!

No VPN list is complete without NordVPN. And especially not this one.

Not sure if NordVPN deserves to be the best?
We'll change your mind!

This time around NordVPN is having its biggest 72% sale going for two whole years. This might be the very final time their discounts go this high, so you should definitely not miss this opportunity (for it might very well be the last one).

And of course, needless to say, the top-rated VPN comes with the toppest of rated features, which include:

If it’s not NordVPN, it’s got to be Surfshark.

What's so special about Surfshark?
We're glad you asked!

After a massive Black Friday and Cyber Monday success, Surfshark decided to keep the 83% and three whole months free deal going. And that’s awesome! Not just because this gives you the chance to get one of our absolute favorite VPN providers at the biggest discount ever, but also because their incredible promo materials don’t go to waste!

What you get with Surfshark is:

Still not enough? Surfshark is the only provider that gives you much more than just a VPN, and lets you have an anonymous search engine, and their fresh antivirus with their Surfshark One Suite.

PureVPN took a different approach on Black Friday/Cyber Monday, and we guess they liked it so much, they just never stopped coming up with new ones.

This time, PureVPN is having a massive 82%-off on their 2-year plan sale. On top of that, they also give you 24 of their 1-month subscriptions that you can share with your friends and family to give them a taste of that awesome PureVPN service.

So, you and 24 of your friends [except Bob. Never Bob] will get:

5 Euro VPN isn’t falling far behind and is continuing its winning streak with yet another 60%-off sale. This makes their three-year plan [don’t even try and do the math yourself there] just 1.25 per month.

Never heard of 5 Euro VPN before?
That's your loss, but we can fix it!
Check out 5 Euro VPN!

And what this buys you is:

While we’re working hard on our Hide.me review, we can’t but share its awesomeness with the world.

Hide.me isn’t just one of the very few free VPN providers we endorse and trust, it’s also packed with features you will not find with any other providers.

Curious which free VPNs are trustworthy?
Check out everything there is to know about free VPNs
Read all about it!

While some of Hide.me’s features are not for the faint of heart [or those who didn’t get a masters in computer science and know how to operate a collider] you’d find it hard to pass up on a VPN that has all of this going for it:

If you missed CyberGhost’s Black Friday deal, well, that’s it, it’s gone. But we’ve got the next best thing: a 3-year plan that comes with an 84% discount, as well as 3 extra months completely free!

Not sure whether you should get CyberGhost?
Find out everything there is about them in our review!
Check out CyberGhost!

What does this get you, you may ask. Well:

PIA has fallen off our radar as of late, but they are making a strong impression with their end-of-the-year sale. And that’s 81% off on their 3-year plan and three months free.

Find out this provider's ups... and downs
Read our PIA review

And PIA is great, because:

The latest addition to our reviews is not without its special deal as well.

PrivadoVPN is having a 38% sale on their 12-year plan. And you might be thinking: ‘Well, that’s not that much!’. But that’s on top of PrivadoVPN being completely free.

So if you were enjoying the VPN, but want to give their extended features a try, now is the perfect time to do so!

If there’s one prize Ivacy VPN is walking away with, is the biggest discount.

This time around they are having a massive 90% sale on their 5-year plan. So if you have ever wanted a deal to last, you found it.

Atlas VPN may not have won us over as the best free VPN in our review, but they are the runner-up with the biggest sale this holiday season.

Want to know everything about Atlas VPN?
Check out our Atlas review!

With a massive 86% discount and three extra months completely free, you can have a neat little VPN for all your browsing needs for 3 whole years. Now isn’t that special.

Cyber Claus is coming to town

Now doesn’t this feel much better?

Now that you know every VPN deal that’s out there, whiskey rocks don’t seem that big a deal now do they?

It is true, not every VPN made it on our special holiday list. But hey, not every VPN is having an end-of-year sale.  Sucks for them, because now that you know where to look, you will definitely get yourself one of the best VPNs out there to last you for years!

And as an extra bonus, you can have revenge on Bob by not telling him how you got all those shows he likes so much on Netflix. That’ll teach him!

Disclaimer: No Bobs were harmed in the making of this list.