Are you really doing this life thing right if Call of Duty Warzone is not among your top three online battle royale games? Serious question.

Call of Duty has been THE most popular shooter series for close to two decades now. Love it or hate it, you still kind of want to play for that adrenaline rush of making it to the top of the scoreboard.

And one of the standout titles in a long line of 24 (!!!) Call of Duty games is CoD Warzone. It’s been out for more than a year and is still one of the most popular installments this series has to offer.

Want to pwn noobs in Warzone? Get NoLagVPN!

The game has racked up millions of fans worldwide, and if you’ve played it, you can agree it has lived up to the hype. If not, trust us – you won’t be able to put it down once you do. 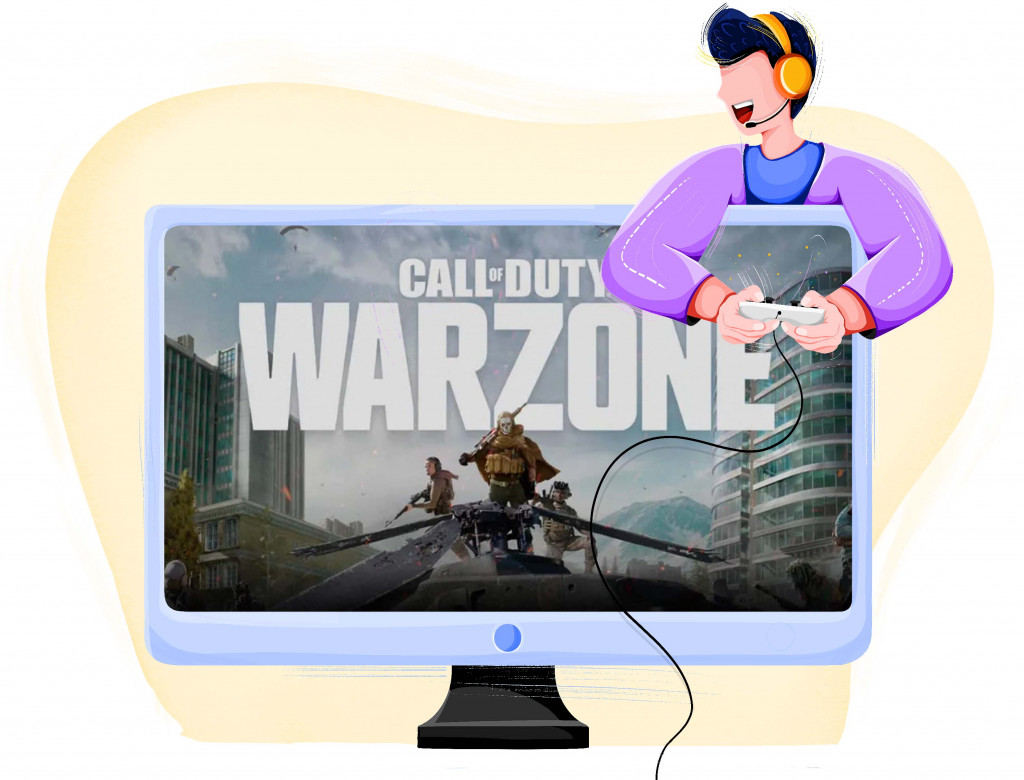 For the noobs out there, the game has two main modes: Plunder and Battle Royale.

The latter is much like PUBG or Fortnite. Players compete in a continually shrinking area. You might say it’s a rip-off, but if it works, it works. Hey, who doesn’t have a Battle Royale mode these days anyway? Candy Crush probably has one. At least Call of Duty was made for this!

Plunder, on the other hand, is all about teams competing to collect cash to hit a target of $1 million.

There are also many time-limited events that you should watch out for if you’re only getting started. And those go by so fast you can catch whiplash just from streaming them on Twitch.

Finally, Warzone also managed to one-up all the other Battle Royale-style games by letting you play against 150 players in a single match. And some of the time-limited modes, the number of competing players is capped at 200.

Look, it’s Call of Duty. If it ain’t broke… don’t blame your K/D on campers.

Make your gaming experience that much more exhilarating with ExpressVPN!

What’s up with SBMM in Warzone?

If you’ve ever touched a battle royale game, you know what skill-based matchmaking is. You probably don’t even need to look up what SBMM stands for.

And you also probably know what it means when it comes to getting easy wins.

Early this year, SBMM caused a lot of chaos within the Call of Duty community after players discovered a glitch in the system that could be exploited to make easier matchups. Players have used this to their advantage by accessing and playing in low-rank, easy lobbies.

And, oh, the ranking up, those K/D ratios, and all the Twitch and YouTube streamers this little exploit gave birth to.

Some call it cheating, we call it strategy.

So what are these easy lobbies everyone keeps talking about?

Easy lobbies, also known as bot lobbies, feature low-level Warzone players and bots that are easier to play against.

It’s no news that many players use various third-party applications and tools to help manipulate the SBMM system and get into such lobbies.

Sure, the real thrill of a game is overcoming barriers without crosscuts, but there is no harm in cutting a corner here in there.

After all, you only get to rank up so much until the game gets more frustrating than it is fun. And that’s definitely the end of that full-time Twitch-streamer’s career.

Sounds good. How can you get access to easy lobbies?

Think about it: easy matchups, faster ranking, quick progress, and more rewards. Who wouldn’t want that?

Now, before you lose your mind and probably end up spilling your drink on your gaming peripherals, it is not all straightforward.

Here are some of the possible ways you can access the easy lobbies in CoD Warzone. Some long since gone, some too expensive, and some that actually work.

Before its eventual ban, the Warzone Companion App from Overwolf was a popular tool used to get into easy lobbies.

The app’s January update introduced the ability to see every player’s K/D ratio after the pre-game warm-up. Using this, players could skim through and evaluate the ability of the players before deciding to play or quit.

Sounds awesome? It was. Don’t go looking for it these days, though, because you won’t find it. And if you found a version of it still floating around somewhere, it won’t work. 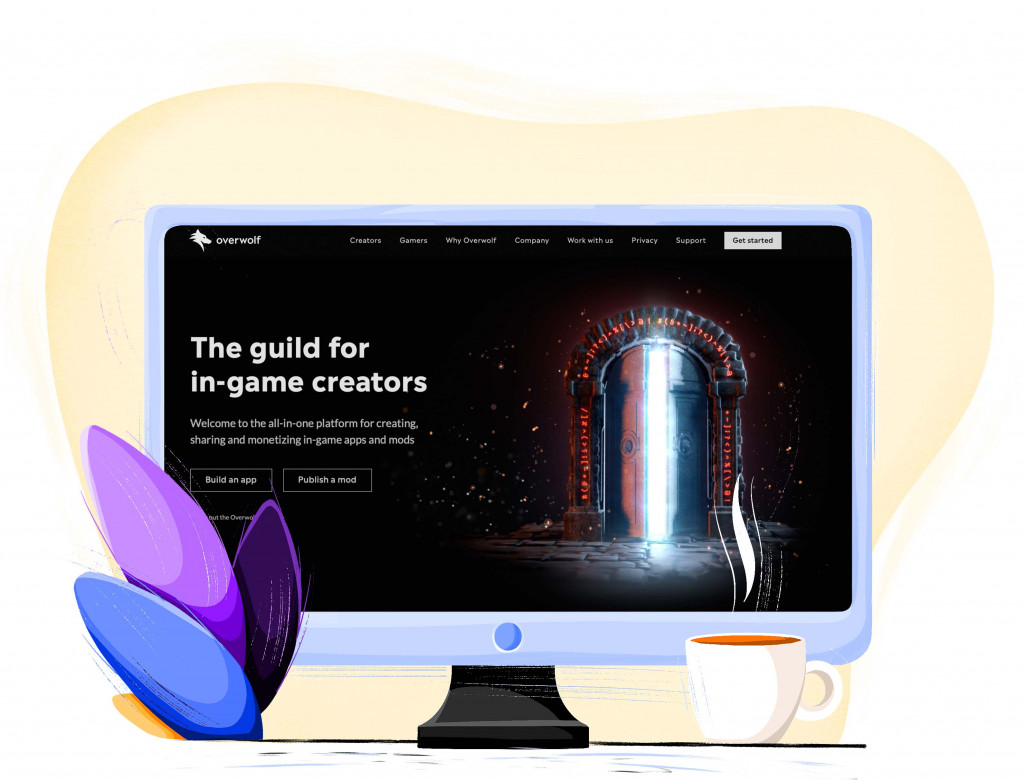 Netduma are special gaming routers that help the player compete with people from specific locations.

They exploit the loophole in the SBMM system by allowing players to play in the region they want, i.e. those known to have less experienced or not as many players.

These gaming routers are, however, hard to come by and cost a bomb. Before you think of splurging money on one, take a moment to reconsider because honestly, it doesn’t even cost that much to sharpen your skills instead.

SBMM partly factors your performance in CoD Warzone when making matchups. This means if you’re a decent player, you’ll likely get lobbies with almost equally skilled or progressively better players.

This is precisely where smurfing comes in.

Smurfing involves creating new player accounts on multiple devices to rank lower. With a new account that doesn’t have a good record, you will be matched with low-level players.

On the downside, you won’t have any of that sweet-sweet gear you’ve been working for so hard either.

This is by far the easiest and most convenient solution as you don’t have to fritter money away, forfeit your progress, or get a new setup.

All you need is a reliable VPN that allows you to change locations and enjoy the game from different regions.

However, just about any VPN won’t cut it. To access easy lobbies, you need your VPN to have a very particular server selection to places where those easy lobbies actually exist.

And even that isn’t enough. The VPN you choose has to be compatible with gaming, so your ping won’t be higher than your death ratio.

What is the best VPN for Call of Duty Warzone?

To help you get those stats up, a VPN should have servers in certain locations.

The majority of hardcore CoD gamers today will agree that Argentina, Egypt, and Hawaii are among the most favorable locations. However, very few VPNs actually have servers in those regions.

So we’ve scoured through the internet, and here are the VPNs that checked as ideal for this job:

You heard it here first!

ExpressVPN is our #1 pick, and of course, justifiably:

ExpressVPN
The fastest VPN you can get your hands on!
Check out our review

If ExpressVPN is the assault rifle KAR98K, then CyberGhost is the Swiss K31. Both VPNs are great choices – much like these guns.

Here’s what CyberGhost get you, that other VPNs cannot:

CyberGhost
The ultimate VPN for any gamer!
Check out our review

What about NoLagVPN. That any good?

So this has been going around like the next big thing, so there’s no real reason to be beating around the bush [or camping at Bloc 6, choose your preferred analogy].

NoLagVPN advertises itself as being a dedicated VPN to Warzone gaming, having zero impact on bandwidth and internet speeds. And even though that is a very weird pitch in the VPN world, if you’re a gamer looking to get your hand on some easy lobbies, you might want to give this provider a try.

To be completely honest, we were very skeptical at first. We dug into the company’s privacy policy, its protocols, settings, and user reviews, and had a lot to say. We do work in the field of cybersecurity, and she’s a cruel mistress that does not tolerate compromises.

The one thing we could say about the service is that it did indeed work, and gave us the most options with virtually seamless access to easy lobbies.

Still, we weren’t buying it… Until the kind people behind NoLagVPN reached out to us and explained everything in detail:

NoLagVPN
The ultimate tool for easy lobbies!
Check out our full review

So if you’re not looking for a VPN to take down the man and come with a milk frother, and just want some honest-to-goodness noob pwning, this just might be the perfect service for you.

Don’t care, as long as the lobbies are easy?! Then go NoLagVPN!

Look, VPNs aren’t all cut from the same cloth. So if you’re looking for something that works and not just another cheat tool that will inconvenience you, you definitely should go for the real deal.

It might cost you a few cents more, but you can always launch the game knowing the VPN has got your back.

Besides, if your budget is a bit tight, there’s always the CyberGhost option for you.

VPN: The ultimate weapon in Call of Duty Warzone

Don’t be left behind as your friends waltz through the easy lobbies. Make the most and play Warzone in easy lobbies with no snags.

Make the right choice and VPN your way to victory in CoD Warzone!