The Best VPNs for the USA

It’s a cliche at this point, but the internet is truly the greatest invention of the last few decades. And sure, some may call it ‘a necessary evil‘, but it’s hard to imagine our lives without it. Information, entertainment, most of our daily tasks, our entire jobs – it’s all about the Internet. In fact, it has become so rooted in today’s society that it’s difficult to imagine living without it.

But, as you probably know, the internet isn’t without a dark side. The internet itself, some of the services it hosts, the danger presented by other users, as well as the sheer amount of information it knows and stores about us – all of this is something you, yes you, struggle with on a daily basis. You might know it, but as soon as you log on, you become a pawn in the ongoing war for online privacy and security.

It is, however, nothing new. The USA part of the internet has been a particular subject of many debates. It is home to the five biggest tech companies – Google, Amazon, Facebook, Apple, and Microsoft, after all.

The fact that these tech giants are all at the center of several investigations regarding their practices perfectly describes the internet space in the US. Far from the public perception, it is not as ‘free and open‘ as most people allude to or think, not to mention the danger presented by ever-lurking cyber threats like hackers and malware.

This country-wide discussion has been going on for years. And it begs the question: Shouldn’t you take your online privacy and security into your own hands? Well, should you?

ExpressVPN: A VPN that just works!

What dangers do you face online as a US user?

The internet is dark and full of terrors.

You might live in the land of the free, but here are just some of the privacy and security issues you struggle with every time you go online!

Today, the basic netizen is as vulnerable on the internet as in the real world – probably even more because it ultimately takes no effort to lose everything you have. From all of your savings to your entire identity.

There are all types of malicious actors waiting to pounce on uninformed internet users. Some target their victim’s systems, while others use their victim’s hardware or software to do harm, from internet fraud to crypto-jacking – you name it.

End-users have also been the access point for many cyberattacks that crippled massive US-based businesses, including JBS, Colonial Pipeline, and even McDonald’s. 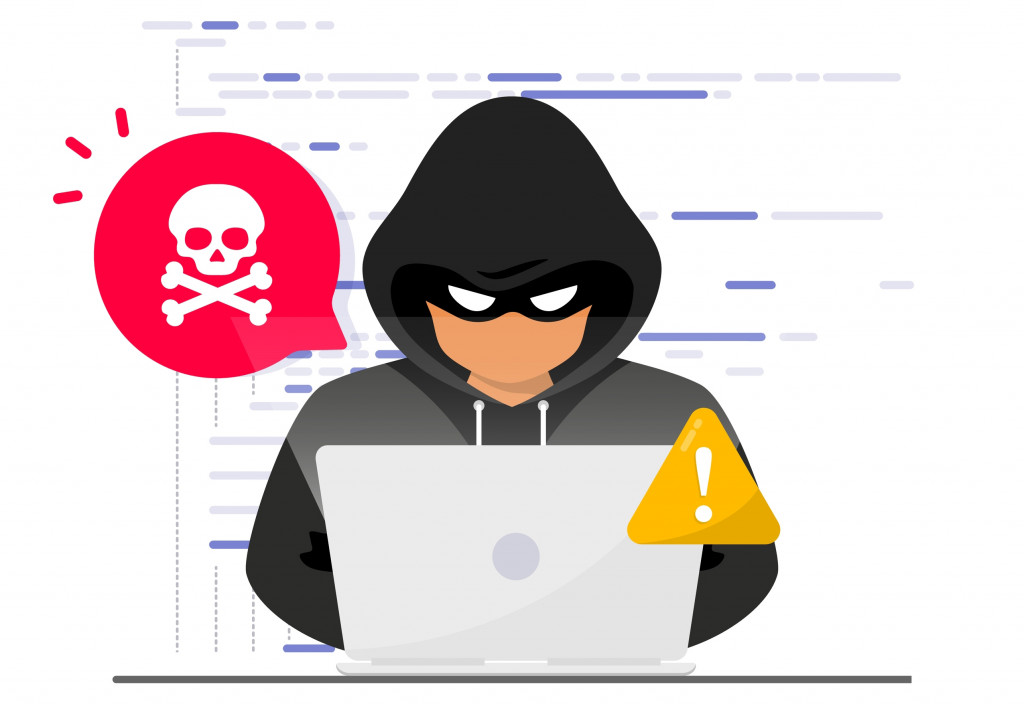 So personal online hygiene, security, and protection are no longer just about protecting yourself. It’s slowly, but surely, turning into a social obligation.

You wouldn’t believe it, but there are several parties, some you may not even be aware of, that have an interest in the online activity of the average internet user in the US.

Uncle Sam, the Big Five in Tech, each and every single one of your local Internet Service Providers (ISPs), Telcos…the list goes on. Ust think about it: Someone is currently monitoring your online activity and every move you make online!

Doesn’t that just make you feel all nice and private?

Land of the free or not, a lot of the internet is blocked and restricted, and that’s on country-level. It goes far beyond this.

The restrictions become even more prevalent when you move to smaller spaces like workstations and schools. And while that does make sense to a point, at a certain point justified restrictions turn into full-fledged censorship. 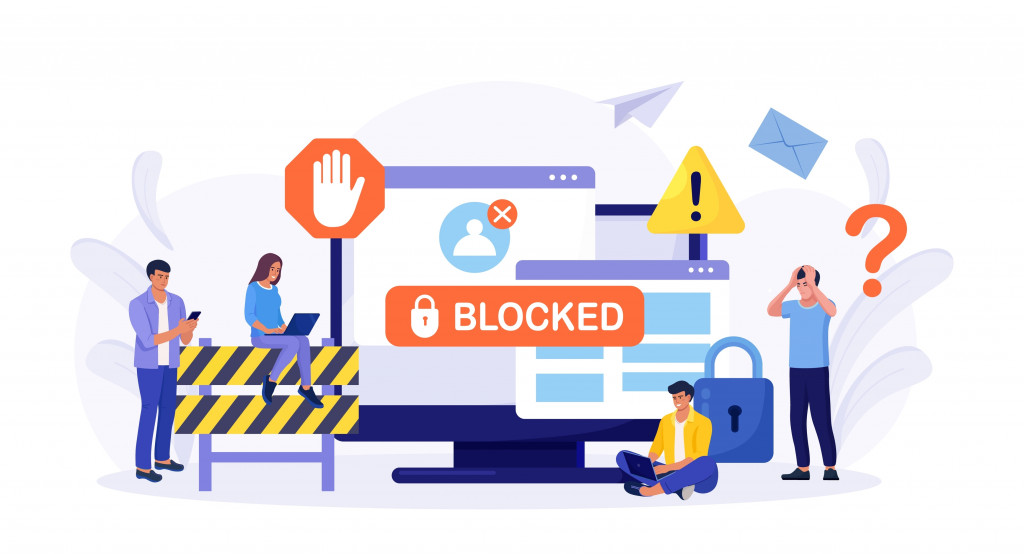 There is no debate that the US is the world’s leading source of entertainment, from the sports industry to music to Hollywood. But as soon as you leave it, so does the entertainment. Even the best-ever Netflix library locks you out.

Don't think geoblocking can get bad?
Check out how it's affecting you every day!
All about geoblocking

It is a similar and frustrating experience when you discover interesting content outside the US but can’t explore it. And when you thought that is all, sometimes you also have to pay for something others get for free, which just sucks.

So how can you fight against this?

What you are missing and need in your arsenal is a Virtual Private Network (VPN).

Stateside (and even globally), this cyber tool has proved to be handy for netizens looking to browse with peace of mind. A VPN solves your problems by encrypting your internet traffic and routing it through a server maintained by the provider. This way it appears that your internet connection is coming from a different IP address in a different location.

The encryption and rerouting process is important as it secures your device’s traffic by making it indecipherable to prying eyes. When intercepted by cybercriminals like hackers, the traffic appears as an incoherent and jumbled transmission. Which is, by the way, exactly how the military does it! So why wouldn’t you?

Want to know more about VPNs?
Check out how they work, what they do, and why you need one!
What is a VPN?

Masking your IP address and replacing it with a new one also comes with a few perks. And those included:

Need more?
Check out all the reasons you should be using VPN!
Why use a VPN?

Though there is still much more you can accomplish with a VPN for the USA, it is important to note that VPNs have different capabilities. Their performance varies depending on the technology leveraged and more often than not, this comes down to the VPN provider. So, the next logical question is…

What should one look for in a VPN for the USA?

There are hundreds of VPN providers in the market and this in itself presents a challenge in finding the right one. But while they may look similar, no two VPNs are created equal, and depending on what you want from them they might need to have very different features.

Choosing the right VPN for your needs can be tough. And the last thing you want is to be stuck with a 5-year subscription that just won’t work for you. So, to make it just a bit easier here’s a list of the key features that an ideal VPN for the USA has to have:

Extra features like double encryption, support for multiple simultaneous connections, and malware protection can also help you determine the ultimate winner. Seriously, there are plenty of options, so why compromise?

The best VPNs for the USA

Finding the right VPN can be a tedious process of trial and error. And no one has that kind of time or funds on their hands, right?

Fortunately, that’s exactly what we do. So to save you trouble, we have rounded up the best VPNs for USA users. Here goes:

ExpressVPN is one of the world’s leading premium VPN providers recently purchased by Kape Technologies. Though questions have been raised about the company, there is no doubt about the performance of the VPN in question.

It is the best in the market and here’s why it has a place on our list:

ExpressVPN is not a flashy provider. It doesn’t need to wow you with smoke and mirrors. It set out to do one thing: To be the best VPN money can buy. And it’s definitely succeeding.

NordVPN is another great option and the ideal one if you’re looking for a VPN that comes close to ExpressVPN but doesn’t cost as much.

You have probably heard of this provider by now. After all, it is the biggest VPN in the world. But as a refresher course, here are just some of the things that it brings the American user:

NordVPN is always a solid choice if you are looking for a VPN to use in the USA. This Panama-based provider will always have your back whatever you need him for!

Surfshark is the pocket-knife equivalent of a premium VPN, and we mean that in the best way possible.

It is lightweight, simple yet functional, and a great value-for-money, just like a penknife. Here’s what qualifies Surfshark as a good VPN for any USA internet user:

Want to know more about Surfshark
Check out our massive review!
Surfshark review

Surfshark might be one of the younger VPN providers, and it will seemingly be always known as such. But the quality of service and the area of feature it brings to the table are unmatched. And this is more than enough to make this little provider one of the best VPN options for the USA.

The land of the truly free!

There is no better time to equip yourself with a VPN as the internet advances and concerns remain over the average users’ privacy and security. But, frankly, any time is a good time to take your online security and privacy back into your own hands.

ExpressVPN and NordVPN offer the best VPN options in the USA. They both check all the right boxes, but the former is relatively pricier. You can still guarantee your online freedom even on a budget – Surfshark is an equally good premium VPN on a budget.

So take your pick, and stay safe!